You’re probably sick and tired of me talking about this band but from the moment I found out about them I was hooked.  Few years ago I would only listen to Warsong for days, on and on and on and if you asked me why I couldn’t tell you. After the release of their LP ‘Control” band went on a European tour and they played about 20 shows. Since I wasn’t able to catch them in person and talk to them, I emailed them these questions. Thanks for reading!

Carlos: Well, Warsong started as new band with former members of Insomnio but with a new singer. We tried to get a new direction for the previous work but keeping the spirit and the way of working. At the beginning Alberto and Jose, drummer and lead guitar of Insomnio, were in the band. Those, me as the new vocalist and the help of a bass player fiend of us we recorded the Lp “Ancient times” and we performed our first gig with Red Dons in April 2011.

When things started to get more serious, we add Jorge in the bass. He was a very active bass player in our local scene, and we needed someone with good skills and with the intention to play in the band as a priority.

With this formation we toured Europe in winter 2011-2012 and recorded the Ep “The Caravan”.

After the tour and recording the Ep, Alberto, our drummer, decided to quit the band for personal reasons. Then again we had to look for a new member for the band, but then we found Diego, he was playing in a couple of local bands. He recorded as a drummer the 7” Restitution released only in USA.

After few touring the States in 2014, again  our drummer left the band and we had to look for a new one. Then we found Junior. He was playing in a band called Switch Over with the exsinger of Insomnio, and he is simply great. We told him to join us and he is with us since then.

The band, with its current line up, have toured Japan and Europe in 2015 and recorded our new Lp Called Control, and this 2016 we already toured Europe presenting the Lp.

Carlos: Well, if you see the reviews about our albums in internet most of them say something about a mixture of west coast punk styles. I would say we are a melodic punk band with melancholic vibes and a rocky edge, what is to say, a mixture of everything. But somehow, if you hear how our music has developed during our four releases, you will get to the conclusion that we are not easy to label. 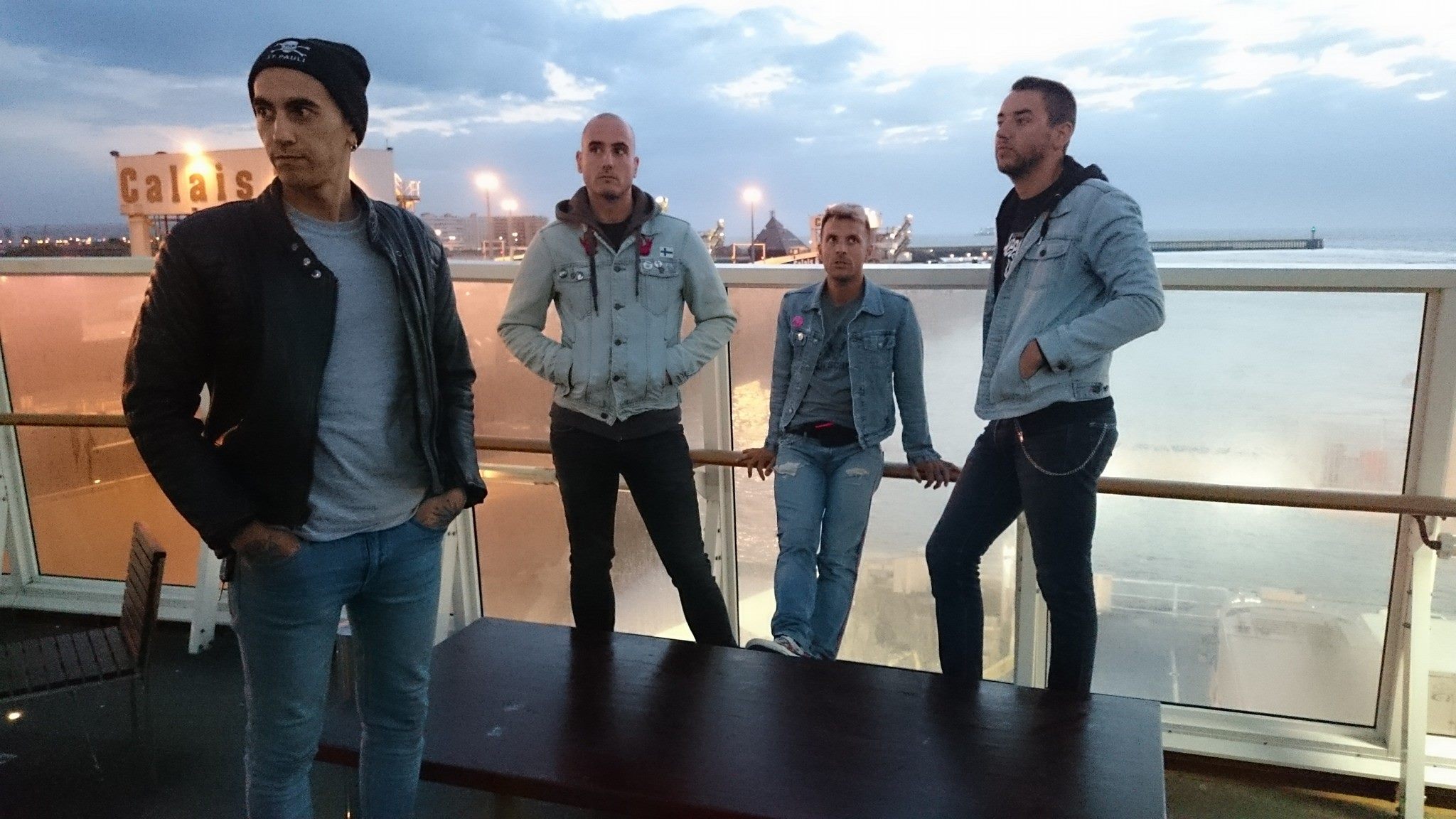 Carlos: Before writing new songs we never stop thinking or set directives how do we want them to be or sound. We just write and play and I guess the mood of each and every one of the members in the band has influence in the last result.  We listen to different music and our personal moods change depending on the period of life we are having and that is something that I think affects very much to our music.  It is true than in our new album we had a very obvious directive, and that was we wanted it to be in spanish.

There is a very nice anecdote about why and when we decided to change the lenguage of our lyrics in our new record. It was during our US tour in 2014. We had a show in Los Angeles with 4 more bands, Generación Suicida and Poliskitzo were playing with us among other local bands. Well, among the 4 bands playing there that afternoon we, spanish guys, were the only ones singing in english and the other bands, all with latinamerican roots, were singing in Spanish. That was the point , during that afternoon in Los Angeles, we decided we wanted to try it in spanish.

Carlos: As a band we are supersatisfied with the results of our new Lp Control. It was a  big decission to switch into Spanish, but we really wanted to do it. We did’t really care if people would like the change or not, but we felt it was the time to make a change and keep on doing music we would enjoy listening.

In this record we have push melodies to the limit and soft the guitars sound trying to keep the strength in composition and we are very happy with the sound and composition.

We have had  different reactions about our new Lp. Our labels they all loved it as soon as they listened to it. They liked very much the fact that it was sang in our native lenguage eventhough they didnt understand a word.

It was different when it comes to people that already known Warsong. For Spanish speaking people it was kind if weid at he beginning to listen to us singing in Spanish. A lot of them said it was very good but something was not fitting to them with the Spanish lyrics, but most of them said afterwards that it was just a matter of giving it a chance and listen to it a couple or three times more and they seem to like it very much.

Carlos: Haha, it is not the firt time somebody ask us about it. Belive it or not some of us just  know Queens of the stone age by name, and some others just have listened to some of their songs. When you hear both songs you could really say our Chorus in Control sounds pretty similar to the verse in Go with the flow, but it is just a coincidence. The first time somebody said something about this we thought “alright, yes, sounds similar, so what… our song is better. Fuck it”.

This summer we had a three weeks tour in Europe presenting the  Control Lp. We tried to do it as long as our holidays and timings allowed us and visiting countries we were not able to tour before. It was great to be back in the UK, last time we were there it was 2012 and we really wanted to go back.  We had the chance to play in Copenhaguen again, in one  of our favourites places to play in the world, in Ungdomshuset. We also had time to do few shows in Germany, Switzerland and France where we could spend time with old friends and we had the chance to visit places like Poland, Slovakia or Slovenia where it was the first time for us to play. We were positively surprised with our shows there and the atmosphere with the audience and after the shows. 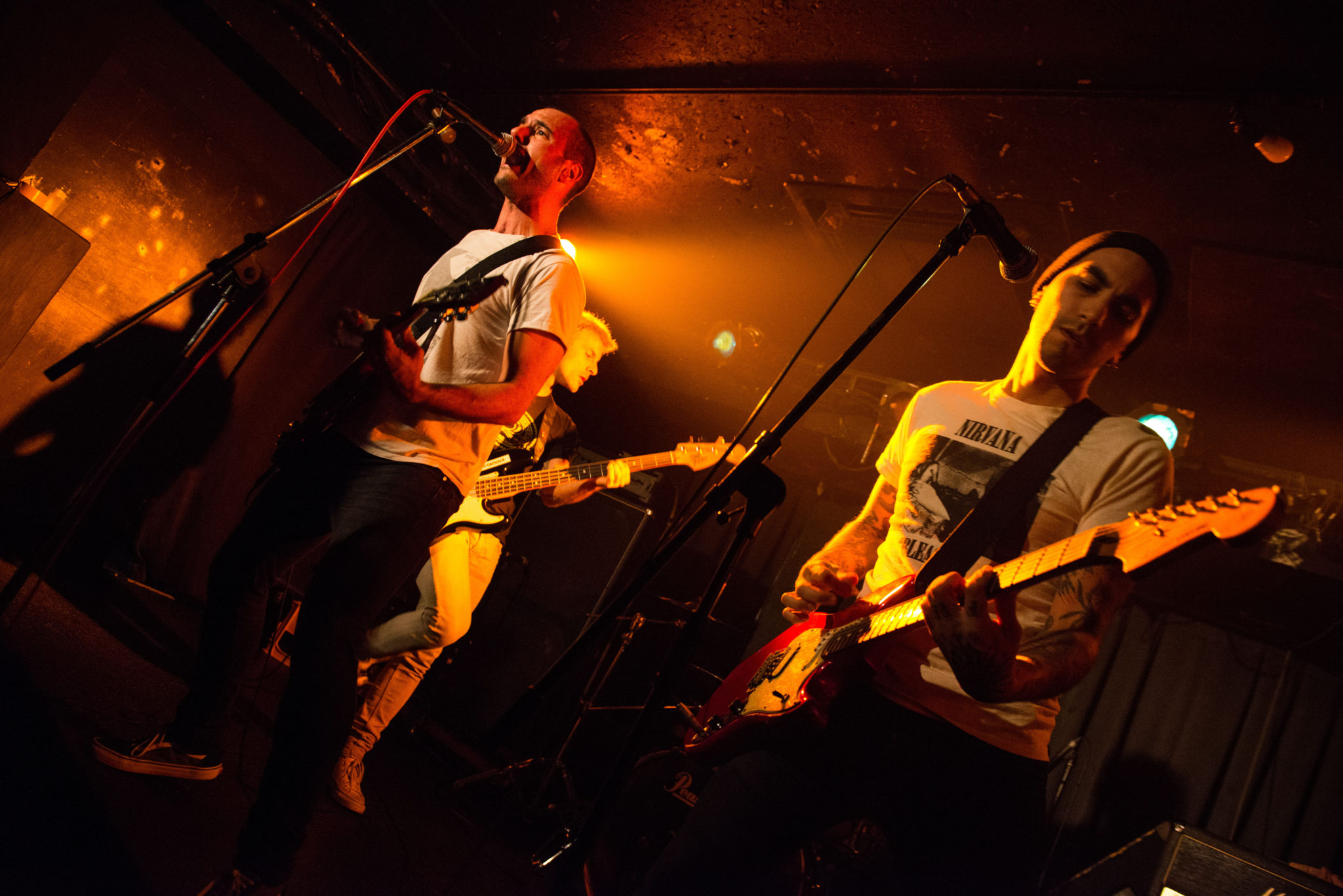 Carlos: Karlo got in contact with us with the intention to release a tape with our Lp ancient times. At that moment the Lp was self-released in Jose’s own label, ThePression Records, label he uses to release his own bands, so the idea of having our Lp in a tape in Croatia was totally awesome and of course we automatically said yes. We knew releasing with Doomtown Records was a nice chance to spread our music in an area as Balkans and Eastern Europe and we are very happy with that decision. Afterwards, Doomtown released The Caravan in collaboration with Sabotage records and Erste Theke both German labels, something perfect to spread the album all over Europe and we really feel grateful for it.
Jose: I met Karlo aka The Balkan Boss years ago, he put out a show for No Escape, the band where I played before Warsong. So we kept in touch, and we’re still doing it.

Carlos: I guess crisis is more noticed in music or merch consumption rather than in shows attendance. Luckily, punk scene is not a scene based on money or profits, so the spirit of it hasn’t change that much due to the crisis. Gigs are still as cheap as always and bands want to tour just to cover expenses or even if they don’t. Maybe before it was easier to sell copies enough to get the album repressed or it was easier to have a label pressing an album in some other continent, but at the end things are more or less the same.

Jose: Or even better, since you have no job you have loads of time to make new songs, go on tour and so on…

Jose: Well, in my opinion I think possibly it can be the best moment of the whole history. I mean, 80’s were great, it was a lot of good bands, classic bands…But, that was also a kind of trendy and something that the major labels just went into it to get some profits and after that just vanished.
Now there’s a real scene, people puting up shows, labels like TRABUC RECORDS, DISCOS ENFERMOS, GO MONGO RECORDS, SOLO PARA PUNKS, etc, puting out records internationally and tons of Spanish bands touring Europe or even USA. Like ACCIDENTE, WILD ANIMALS, POL POT, ABSURDO, BELGRADO, SUDOR, GLAM, UNA BESTIA INCONTROLABLE or LA URSS. Also lots of this bands are getting their records released in USA, even us.

And all of this is because of the DIY.

Carlos: Well, it is quite difficult not to think about the war and politics when you talk about Ex-Yugoslavia. But I am sure you guys are very tired of foreigners talking about things they don’t even know shit. I have my own opinion about it but I don’t think is totally accurate to reality due to its complexity and different points of view involved.

After the time we spend in Croatia and Serbia in the 2012 tour we learn that in the Balkans, the  main lenguages are very similar, there is a lot of communication between underground movements. These shows even politics and nationalisms and borders separate things at the end everything comes together when you have the same way of doing things.

Deffinitely It was very interesting to visit the Balkans then. It is an area with a rich and defined culture, and historically it has been a region with a lot of importance in what Europe is today. We had a very good experience chating with the local about music, punk scene and recent history in that area. People there treated us supergood and the shows were very nice. We are really ooking forward to come back in a near future.

Carlos: We are not really much into that. We don’t really mind what happens with the Spanish State or if it is going to be a future Catalan State or whatever happens at the end of this.  Personally I belive in no State, I belive in people united by ideas, not by borders or any stupid nacionalistic simbolism. I probably have more in common with my friends in Hamburg or Bratislava than with my 5th floor neighbour and no stupid border or lenguage or flag is going to change that.

We are all really happy to know that people in Balkans and particularly in Serbia are still interested in the band and we are really looking forward to go back there to play again. We have very nice memories of our shows there in 2012.

Now Control is our we just want to tour as much as possible with it. Last summer we did central europe and UK and next year we want to go to the USA since it was realeased there by Dirt Cult records from Portland, Oregon. It would be great if we could have time to play some gigs in Europe, the Balkans or things like that. 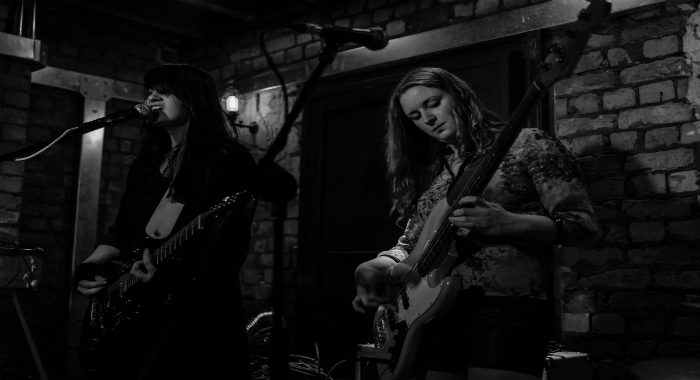 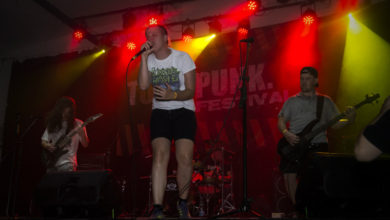 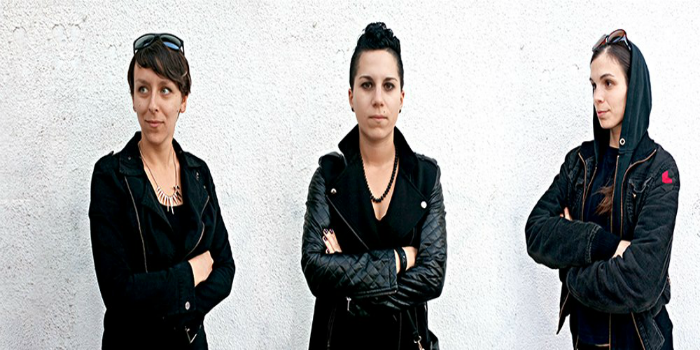 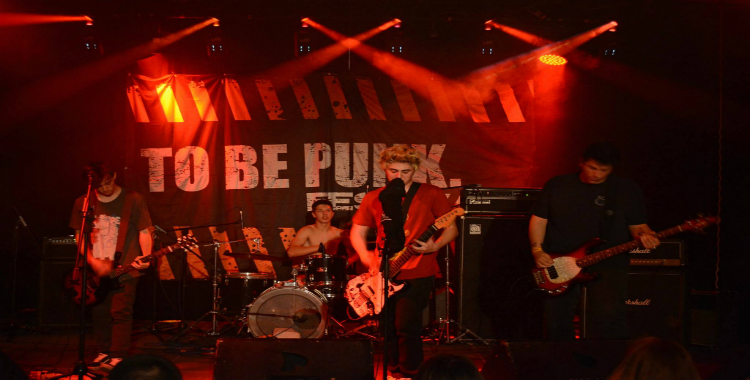